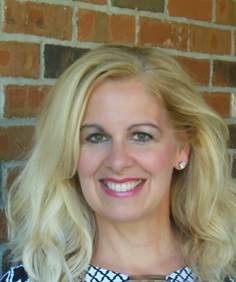 Our beloved America is in constant mourning over the many people who have lost their lives to suicide. From celebrity chef Anthony Bourdain to fashion icon, Kate Spade; we think we know our family and friends so well, but do we really? The signs are sometimes there, and sometimes they are not. I unfortunately have had to deal with this sadness in losing my good friend Paul. His name has been changed to protect his identity.

Several years ago, my husband and I belonged to a social group which is where we met Paul. Paul was in his early sixties, white-haired, handsome, dressed smartly and very articulate. He conducted himself well in the social group until one evening he expressed that he was having a hard time finding a job. He was a former salesman, and when he made that comment, no one seemed shocked since a lot of people over the age of fifty have trouble finding a job.

What I didn’t realize was that he started to drink because of that issue. I became good friends with his neighbor who shared that information with me, and I didn’t take to it kindly since it sounded like gossip. However, after months of chatting on the phone and meeting Paul at these events, it became apparent that it was indeed more than just gossip.

Paul still spoke well, and kept up his appearances, but you could see that his demeanor was changing ever so slightly. His body language showed signs of sadness through slouching shoulders and mumbling. Sometimes he would blank out in the middle of a conversation.

Noticing that his verbal skills were starting to fail, my husband and I decided to spend Christmas with him to make sure that he would be okay. The holidays can be a struggle for people who live with depression. And without a job, we thought it could be a double blow for him.

A few friends came over to his home, and I noticed that Paul was drinking heavily – not just two drinks, but guzzling down bottles of liquor. We had dined with him many times before, but never saw this kind of splurging on alcohol. We became concerned.

After Christmas, I continued speaking to Paul and asked him if he was okay. He bluntly told me that he was losing his home and would have to move across the country to California with his brother. The tone in his voice was one of defeat; The move was not something he was looking forward to whatsoever.

I visited him before he moved out West, which was when he gave me some small trinkets from his desk that I greatly cherished. We both went outside to get some fresh air, and I mentioned that this move could be a good thing – a possible opportunity for him to find a job. Being in a new place and surrounding himself with close family members could also be wonderful. After he finished packing, we hugged it out; I told him he could call me anytime.

The first few months were rough on Paul, and he expressed many times on the phone that he hated the same hot and sunny weather of California. Being from Massachusetts, he much preferred the seasonal changes. He also took up smoking, which his sister-in-law didn’t care for. He said there was a lot of tension in the home, which upset him greatly, and no jobs were in sight.

The next day upon returning home from work, I received a phone call from his neighbor. Paul had died by suicide. This news paralyzed me. I cried incessantly for days – my heart broke for my dear friend Paul.

His friends and I tried to get him a job when he was in Massachusetts, and we called him daily to check in on him. But that night, my evening call was too late. For years, I tried to figure out how I could have helped him more. Paul was on medications for his depression, and he would go to unemployment daily before his heavy drinking started. He enjoyed our social group, and we both believed in God so he had faith that his life would eventually improve or so I thought.

Each and every day when I hear about people passing from suicide, my heart breaks for their loved ones. Many times have I said that Paul is finally in peace, but I do wonder if I could have done more. Rest well my friend.

Janice Elizabeth Berte is a writer and author. She has been writing for many years, and has been featured in many top magazines and newspapers such as The Boston Globe and Real Simple. You can email her at: jberte@verizon.net.