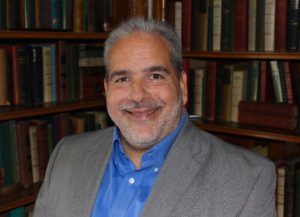 In 2002, a fellow officer and close friend of mine completed suicide. Rather than continuing to work through my recovery in silence, I decided something needed to change. While his death was a tragedy, it was also a motivating force that inspired me to open up about my own mental health challenges and experiences with suicide – and not just to a few people, but to my entire police department.

You could have heard a pin drop as I was telling my story. But afterward, the support I felt was remarkable. After discussing with my department’s chief and new deputy chief, who doubled as a clinical psychologist, I was given permission to develop a curriculum on mental health, cumulative stress and suicide for my entire department. I titled the course “Emotional Safety and Survival,” and have since taught it to nearly 20,000 law enforcement officers across New York and other parts of the U.S.

I realized what a tremendous problem mental illness and suicide are in our line of work only after I started talking with others about my personal challenges. I went on to work with numerous officers and their families, eventually developed New York’s first Crisis Intervention Team and later became my department’s full-time mental health coordinator. I retired from my department in 2005 after serving 20 years.

My thirst to spread awareness around mental health among the law enforcement community has only strengthened since I left. I became a pastor in 2005 and continued to train others in mental health, recovery and suicide prevention and intervention. In 2012, I became certified as an Instructor for Mental Health First Aid, and later as an Instructor for the Public Safety module, a course that teaches law enforcement how to recognize mental health symptoms both within their communities and peers. Since then, I have become a National Trainer – an Instructor who trains the incoming Instructors – and helped edit the Public Safety Manual that is handed out in trainings by introducing officer wellness to the module and my personal experience into its teachings.

It’s difficult to tell an officer to seek help because of the stigma in society. Unfortunately, in the law enforcement culture, that stigma is magnified by 100. But law enforcement officers are not immune to mental illnesses; they live with the same challenges as anyone else. All too often, officers seek comfort for their mental health issues through self-medicating with alcohol, gambling, drugs, unhealthy relationships and countless other means – the only ways they know how.

I often use the analogy of a rusting car in my Mental Health First Aid for Public Safety trainings. I explain that when a rust spot appears on a car, we have choices. We can either pretend it’s not there and paint over it or fix it by spending a little money. If we paint over and ignore it, that rust spot will eventually reappear and take over the whole car. But if we fix the rust spot when it first appears, we can prevent that from happening.

This analogy isn’t really about a car. It’s about us. Many of us have rust spots in our lives that we ignore or paint over. Rust, just like the challenges we face, doesn’t simply go away on its own. Dealing with our issues as soon as they appear and before they take over our lives is a key concept in our trainings; early intervention is a prime function of Mental Health First Aid.

It has been my mission for many years to reduce stigma, increase understanding surrounding the many challenges of mental health-related issues, create a culture that openly discusses the topic of mental illness, suicide and suicide-related behavior and, above all, proclaim that there is hope. As I continue to work through my own mental health issues, I strive to be a living example that a level of recovery is available to everyone.

Life is a continuous challenge, but the fact is lives can be saved, marriages can be saved and careers can be saved if we are aware of the mental health problems afflicting our communities and recognize that we can’t paint over those problems like we do rust.

Eric Weaver is a retired Sergeant from the Rochester, N.Y., Police Department, and is currently the executive director of his own training and consulting group; Overcoming The Darkness. Eric is a National Trainer for Mental Health First Aid, and co-author of the Mental Health First Aid for Public Safety manual. For more information on Eric and his list of trainings, please visit www.overcomingthedarkness.com.