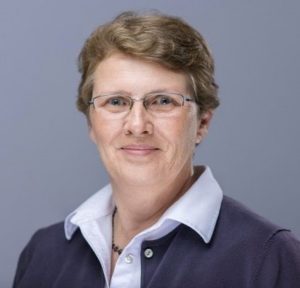 When Cindy Whitney saw that many of the 400 to 500 home-bound seniors in Maine whom she serves had mental health needs that were not being addressed, she went on the lookout for an evidenced-based program to help.

As the director of the Senior Companion Program at the University of Maine Center on Aging, funded by the Corporation for National and Community Service, Whitney oversees between 65 to 100 volunteers across the state who visit home-bound and isolated seniors in their homes on a weekly basis. These volunteers provide much-needed respite for their caregivers, an opportunity for companionship, nutritional and financial information and even some transportation services.

“Maine has a lot of service deserts where even the nearest hospital is miles and miles – could be an hour to two hours away – let alone mental health facilities,” Whitney said. “We had a lot of seniors we were serving who were living with mental health issues, like anxiety and depression, and I didn’t want to see that go unserved.”

As a result, after dedicated research through registries and databases, Whitney found that Mental Health First Aid was the program that met the evidenced-based requirements of the Corporation for National and Community Service without the clinical focus of other programs.

“Many other evidenced-based programs were very intrusive and medication related – not a good fit for volunteers who are going into people’s homes,” she said.

Mental Health First Aid would give her volunteers the skills needed to recognize the signs and symptoms of mental health challenges in the seniors they serve, while also providing participants with the empathy and social skills her volunteers need when serving seniors in their homes.

In October, Whitney arranged for an Instructor from the University of Maine School of Psychology to teach the 8-hour training to the volunteers of the Senior Companion Program.

“We were stunned at the response of the training, and it exceeded my expectations by leaps and bounds,” Whitney said.

“A little over a quarter of them had an immediate family member attempt or die by suicide,” Whitney said.

The training is already having an impact. One volunteer was able to put Mental Health First Aid into practice by supporting her fellow volunteer who was struggling with a personal problem.

“I thought that given our age group – with the average age of our volunteers being 75 – that they would be reluctant about the training, but I was astounded that was not the case,” Whitney said. “They wanted more.”

The issues Maine is facing are only going to continue to grow, argues Whitney. “It’s everywhere. You can’t talk to anyone here who doesn’t have a grandmother or grandfather who is struggling to stay home and age.”

But Whitney is hopeful because others are realizing the need for mental health awareness training, and she hopes that Senior Companion Programs in other states will also incorporate an evidenced-based mental health training component like Mental Health First Aid.

With Mental Health First Aid, Whitney and her team of volunteers are doing their part to change that.