“Everybody has bad days, but depression can make every day a bad day. I would spend days on end in bed, unwilling, or even unable to move, for depression can be so debilitating that it becomes physically disabling.”

Harry is the events and community officer at the Mental Health Foundation. He’s also a student and is taking time off from school to focus on his mental health. But this wasn’t something he planned to do.

It took Harry a long time to recognize that his feelings were more than just sadness and boredom. His final year of college, he missed numerous classes, skipped social outings and spent more time every day alone, blaming it on being introverted or tired. After reaching a point of feeling “completely unable to carry on with normal life,” Harry reached out to his doctor and got the support and help he needed.

Harry isn’t alone. More than 16 million men and women in America have had at least one major depressive episode in the last year, making it one of the most common mental illnesses in America. And many of these people don’t realize that they are facing depression until it impacts their ability to live a normal life.

That’s why it’s important for everyone to be able to recognize the signs and symptoms of depression so you can take action and get support before it’s too late.

Here are 10 signs that may indicate someone has depression.

A major depressive disorder lasts for at least two weeks and affects a person’s ability to work, carry out usual daily activities and have satisfying personal relationships. It impacts a person’s emotions, thinking, behavior and physical well-being. 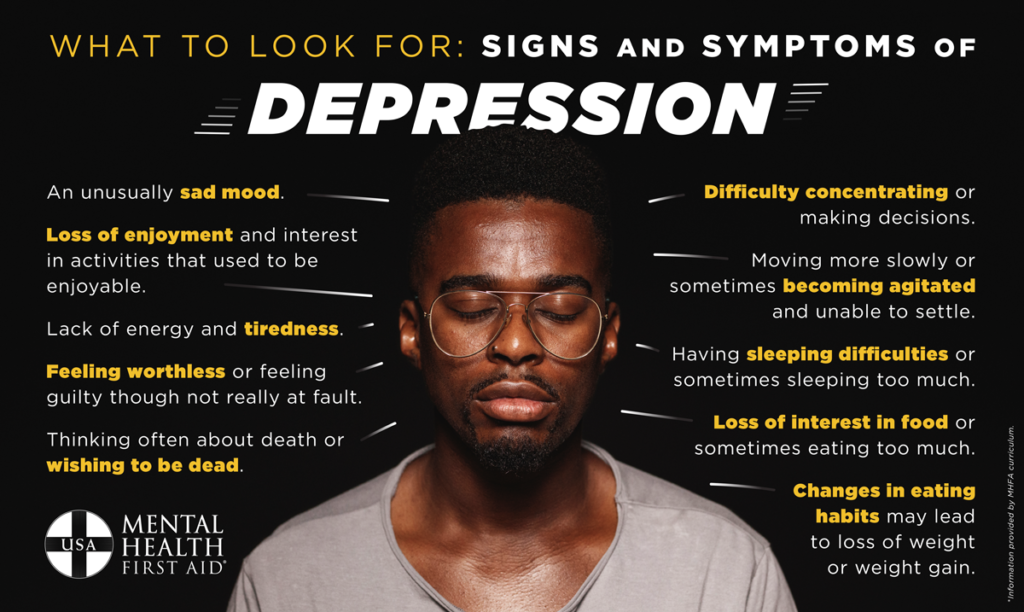