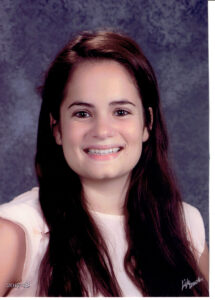 Mental health has always been a focus in my life, starting with my own struggles as an adolescent. As such, I was honored when my school district asked me, as a special education teacher and the district wellness coordinator, to become a certified Youth Mental Health First Aid (YMHFA) Instructor. I had always implemented tools I had gained from personal experience in cultivating a classroom atmosphere emphasizing mental health, and I knew that becoming a YMHFA Instructor would put me in a position to empower others to do the same.

On Thursday, March 12, 2020, I stood up at the front of my school library leading the first of three scheduled Youth Mental Health First Aid trainings for teachers, administrators and support staff in the district. I left the building feeling accomplished and eager for the next two training sessions. But just three days later, we received news that schools would be closed “for the next two weeks” — which turned into the rest of the school year. I recognized the irony: The trainings were canceled at a time when they were needed the most.

Everyone in the country was forced to quickly adapt to living in a pandemic. For me, that meant working from home, with my husband doing the same, while we cared for our then 8-month-old son. My mental health was declining and I recognized my students had similar challenges. When virtual MHFA became available, I quickly trained and earned the certification.

I led seven YMHFA sessions prior to schools reopening in September 2020, certifying almost 100 members of my district community in that time.

The return to school found teachers trying to balance the precarious mental health of students while closing academic gaps resulting from the spring closure. One of my co-teachers participated in the YMHFA course. I am present in his classroom to support the needs of some of our diverse learners. On one particular day, students were working in pairs while my co-teacher and I circulated and assisted. A female student in the class asked my co-teacher for, and received, permission to go to the restroom. Moments later, my co-teacher came to me with a note that indicated he noticed signs of a panic attack. I left the classroom and found the student in the restroom, clearly distressed.

At the end of the period, after deescalating the situation, the student and I returned to class together so she could gather her belongings. She shared how thankful she was that I was able to go talk to her, which I wouldn’t have known to do without the actions of my co-teacher. He and I caught up after students left, and it was clear that he was proud of his ability to support the mental health needs of this student. He looked at me and said, “We Mental Health First Aided the heck out of that situation!” As the year has progressed, this student has allowed positive relationships to blossom with both of us and has expressed that she feels comfortable around us because she trusts that we care about her.

I was so proud to see YMHFA training in action! My co-teacher had immediately assessed the situation and recognized signs of distress. Although I was the one that carried out the rest of the MHFA Action Plan, his recognition and quick action were commendable.