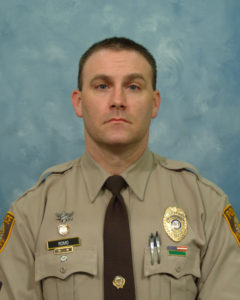 Here in St. Louis County, we’re very proud of this statistic: On average, our police officers have had to use force in only 1 percent of cases involving an encounter with someone in a mental health crisis. That’s a remarkably low number considering that the St. Louis County Police Intervention Team (CIT) officers respond to between 40 to 50 calls per week related to someone in a mental health crisis. Of those, approximately 80 percent involve a person who is suicidal.

I’m a trainer for Mental Health First Aid for Public Safety. It’s vitally important that my colleagues in the St. Louis County Police Department who regularly respond to people in a mental health crisis—as well as all members of all of our nation’s law enforcement ranks—have the knowledge and training they need to save lives. That means de-escalating and defusing potentially life-threatening situations, those that threaten both the person in crisis and law enforcement. Instead of incarceration, that person can receive connections to resources and care.

This can happen with training from Mental Health First Aid for Public Safety, completed by nearly 100,000 officers nationwide. I’ve also completed this invaluable course, eight hours of training for police officers, first responders, corrections officers and other public safety professionals. It provides us actionable tools to safely manage incidents involving people in a mental health crisis. Training teaches us to identify, understand and respond appropriately to people with mental health and substance use disorders in our community—and right on the spot.

When I was asked to review academic training on behavioral health disorders for our police academy, I thought Mental Health First Aid for Public Safety would be a great fit for recruits. We had scheduled this important step earlier, for August of 2014, until the events surrounding Ferguson occurred. As a result, we did our first Mental Health First Aid for Public Safety in January 2016, and it was incredibly well received, so we’re doing more.

One thing graduates understand, as do I: Nobody living with a serious mental disorder calls the police when they’re having a good day, which is something Mental Health First Aid for Public Safety-trained officers realize, and it changes their entire mindset. Before, it was easy to think, “Hey, I’m a cop, not a mental health professional.” After this training, we know how to recognize, respond to and de-escalate a situation involving someone in crisis.

I’ve also had several officers tell me with conviction that “I wish I would have had this training years ago. It might have prevented…”

Training also changed the way I look at mental illness through a lens at home and with my friends. I have a relative with anxiety and depression, and it reminds me of the prevalence of these issues—including those among my fellow officers. We all need to work on self-care and care of each other.

It’s time to train every law enforcement officer in Missouri and in America in Mental Health First Aid for Public Safety. We all have so much to gain.

Sergeant Jeremy Romo is a Supervisor of the Crisis Intervention Team Unit for the St. Louis County Police Department