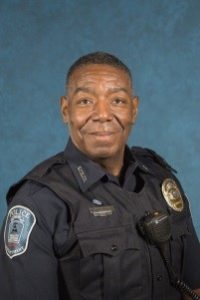 On a warm fall afternoon in Kansas Public School District #500, Officer Orlando Singleton takes a breather after helping another teenager through a mental health crisis.

“We just got him calmed down,” Singleton shares before transporting the student to professional care. “We’re letting him de-escalate and breathe. He’ll ride with us to the care facility instead of being handcuffed and taken straight to juvenile detention—the way things used to happen.”

The boy, age 13, confesses to Singleton that he’s depressed and that nobody cares about him. The officer assures him that yes, people do care about him. He encourages him to “remember that there is a light at the end of the tunnel.”

The student is taken to a psychiatric treatment center for children and adolescents. Later, the boy’s mother gives Singleton a grateful hug.

In early 2015, Singleton and five other school district staff members completed Youth Mental Health First Aid Instructor training. The program teaches adults how to support young people who are experiencing a mental health or substance use challenge or crisis.

Mental Health First Aid training has taught the officer to ask his charges, “What happened?” instead of, “What’s wrong with you?”

“It’s been such an effective tool,” the 25-year law enforcement veteran says. “Now we’re so much more aware of what the kids are going through.”

Now he approaches every child with an open mind and heart. “We need to find out what’s really happening to cause that behavior and not just in that moment of the encounter.”

“The idea is to normalize the conversation around mental health,” she says. “We want to provide access to get help when someone needs it.”

This a model that has been replicated nationally. In 2016, the International Association of Chiefs of Police called for 100 percent of their sworn officers and other support staff to be trained in Mental Health First Aid. To date, 182 law enforcement agencies have taken the pledge.

Singleton has a favorite saying about troubled children that never fails to elicit a smile: “There are no bad apples in the bunch. We may have a few bruised ones but they actually turn out to make a good pie in the end.”