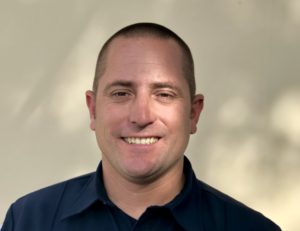 Joel Davis became a First Aider to better serve the people experiencing homelessness in Long Beach Calif., where he works as a firefighter. But when he took the course, he knew he wanted to bring Mental Health First Aid to his entire fire department. A couple years later, Joel is doing just that – and along the way, he’s trained our 2 millionth First Aider, fellow firefighter Jason Cash.

Mental Health First Aid can be a valuable tool for firefighters and EMS workers. In an industry that is regularly exposed to traumatic events, Mental Health First Aid provides the skills to identify, understand and respond when one of their own shows signs of mental illness or substance use disorders.  It also helps firefighters and EMS workers to better serve people experiencing mental health issues, and further prepares them to work with civilians at moments that can often be the worst in their lives.

According to Joel, no firefighter has taken to the training quite like Jason.

“Jason’s eagerness to sit down and have a conversation with someone that most people would discard really sets him apart.” said Joel, “His desire to understand people – to try and figure out their trauma and how they can cope – that’s what helps him take Mental Health First Aid to the next level.”

Mental Health First Aid classes are well suited for firefighters, as many of the lessons are structured similarly to other training they undergo. For example, the ALGEE acronym and step by step process mirrors a lot of fire service basic training lessons.

Jason was doing outreach before he was trained, but Mental Health First Aid has given him the structure to further support the great work he’s doing. “I think it goes back to that he’s a firefighter who’s used to following a path to solve a problem,” said Joel, “Mental Health First Aid training gave him that path.

“I’m really excited to see where this education goes within the fire service,” said Joel, “This is the first time in our history that we’re having regular conversations about mental health. Jason is emblematic of our industry’s new eagerness to get educated, to understand it and to learn how to better deal with trauma.”