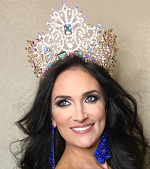 I knew the birth of my children would change me as a person, but I had no idea it would completely turn my world upside down. It was terrifying and overwhelming, and I can confidently say it was the most difficult year-and-a-half of my life; 15 months after I gave birth to my beautiful twins, I was diagnosed with postpartum depression (PPD).

Between the sleepless nights and isolating days, I cried every day for the first three months of their lives. I felt so unfit to be a mother of twins.

I was ashamed – of how I felt and the person I had become. I painfully realized that I had become a person I didn’t want my children to know, yet I couldn’t muster up the strength or courage to cry for help. I didn’t want anyone to know how dark my feeling or thoughts had become while raising my children that first year. Not to mention, so many people told me that everything I was feelings was normal, and simply a result of pure exhaustion. I was made to feel like I was overexaggerating something that was normal for every new mom of multiples.

Yet, the bad days never seemed to end. I consistently woke up dreading whatever my day was to bring me, and I realized I was experiencing more than just “normal” exhaustion. If others could have heard my inner voice screaming for help as I was drowning in my own darkness, they would have realized that it was much more than that. I knew I needed help.

Two months later, I found myself sitting among a group of women who experienced PPD and other forms of distress. While listening to their stories, sharing laughs and crying with them, for the first time since I first held my twins, I no longer felt alone. As the group mentor began discussing the signs and symptoms of PPD and anxiety, I recognized myself: feeling overwhelmed, empty and alone, thoughts of running away, fearing judgement, the inability to sleep or eat…

It was at that moment that I finally took the first steps in my healing journey. Several weeks later, I sat down with my therapist for the first time.

“I am so sorry you have been struggling with postpartum depression for so long,” she said. I felt a gigantic weight lifted off my shoulders, and I began to sob.

My therapist’s understanding, insight and empathy is what gave me the ray of hope I needed to move forward. A diagnosis meant what I was feeling was real. It meant I could be treated, and hopefully start feeling like myself again.

Three years later, I’ve come a long way. With the help of my doctor, my therapist, my mentors and the love and support of my amazing family and friends, I was named Mrs. Galaxy 2018. Now, I’m using the platform the crown has granted me to advocate for those with PPD, and for all those who suffer from mental health crises in silence, as I did for so long.

That inner voice that was once struggling to be heard is now fueled with the fire to #BeTheDifference. I have vowed to do everything in my power to help ensure that there are better standards of care for those living in silence and shame because of their mental health challenges. It is time to put an end to the stigma of mental health, and instead, offer hope and support to those who need it. 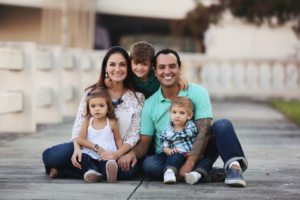 Deanna is an ultrasound technologist living in Florida.